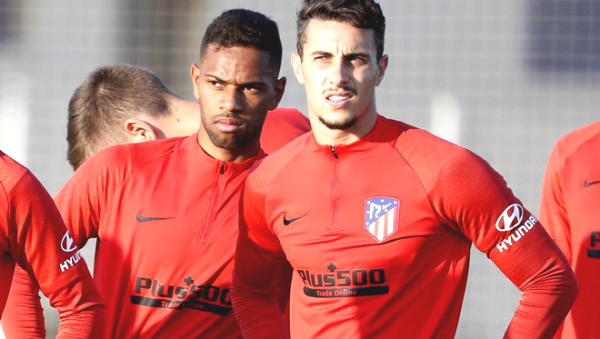 Barcelona is happy to get rid of Griezmann, in exchange for 3 stars of Atletico

Barcelona and Atletico Madrid were about to have a terrible exchange when Griezmann changed 3 Atletico players.

Immediately after Euro 2020, the summer transfer market in Europe was hot. The signature races started to be vibrant and in Spain, a "terrible" deal that could take place only in Mai Mai between La Liga's big two.

Barcelona and Atletico Madrid are about to have a terrible exchange

Spain press simultaneously reported Barcelona and Atletico Madrid are preparing for extremely large players. Antoine Griezmann will return to the team into Madrid while the Nou Camp team will receive Saul Niguez and one of the two players Mario Hermoso and Renan Lodi.

This information comes only a few hours after Spain's Cope reported that Griezmann did not want to practice with Barcelona, ​​the common moves of players wanted to leave. Since joining the Nou Camp, the French striker is no longer herself and often plays the role of "King missed".

With Messi almost certainly agree to stay in Barcelona, ​​Griezmann has no chance to become the center of attacks. So leave is a completely reasonable choice. Meanwhile, Atletico Madrid is also trying to push "excess person" Saul Niguez.

The Spanish midfielder used to be an important player of the club but the frictions with Diego Simeone made Saur no longer himself in the previous season. Meanwhile coach Koeman wants to have more players in the defenders who use the left foot and the Hermoso - Lodi couple have just met the requirements.

Lodi and Hermoso will be part of the agreement

If Barcelona succeeds in this 3-change deal, they will always replace the players who are about to go away like Miralem Pjanic, Clement Lenglet or leave like Junior Firmo.

According to the source of Cope, one of the reasons Barcelona is ready to promote this deal is because they need to reduce emergency wages. The Nou Camp team is one of the teams who have received a warning from La Liga organizers due to the ceiling salaries (200 million euros per season).

If they sell Griezmann, they will "erase" up to 45 million euros / season. It was enough excess amount to pay Saul - Lodi - Hermoso and add a mid-range star. Another perpecified point is that if Barcelona sells Griezmann for a price of 72 million euros or below, La Liga will calculate the Nou Camp team with economic losses and this will affect the regulation that La Liga imposes on Barca . Earlier, Barca spent 120 million euros to recruit the French player from Atletico.