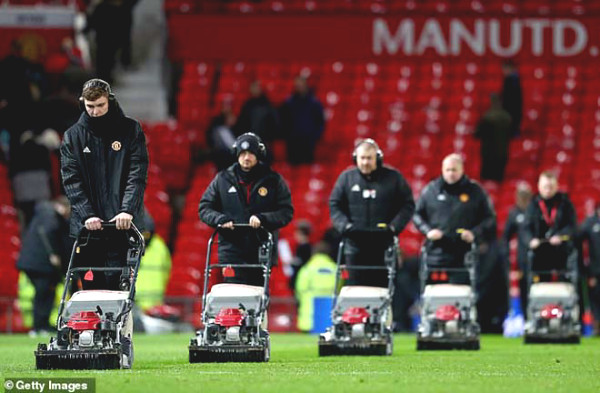 Pandemic Covid-19 European football makes fall into crisis precedent unprecedented. Most of the tournament, the teams around the world are seriously affected. Not only is the problem backward schedule, even postpone indefinitely, but the ability to economically diminished alarmingly.

2020, the financial context of global business is extremely gloomy predictions, in almost all economic sectors, even with a strong economy. Football so severely affected, and the European team will fall into the extremely difficult situation. They not only have to reduce the compensation, cut expenses, but also the risk of falling into debt situation due to the revenue decline.

The most concrete example in the Premiership - tournaments that are richest in Europe, but now football is subject to the most damage due to the heavy influence from pandemic Covid-19. According to estimates by the Daily Mail, averaging a team of Premiership loss of 9.1 million pounds per week (equivalent to 265.5 billion), 1.3 million pounds / day (equivalent to 38 billion) .

Even the big two are Arsenal and Chelsea also had to reduce salaries by 10%, respectively 12.5 and the whole team. This situation will occur in most other Premiership team. And therefore, it's time football world really need to invest the money of the rich man, the tycoon in the Middle East, China, Russia, the US or anywhere in the world.

The source of The Times paid version reveals that the European Football Association (UEFA) intends to suspend the effect of the financial Fairness Act in at least two seasons - starting from 2020/21 to here. Even this figure can be 3 to 5 years, if the European Football slow recovery post-Covid-19.

Actually, UEFA extremely longing investment cash flow of the oligarch to reactivate a football background are frozen in Europe.

Therefore, the landing of Prince Kingdom of Saudi Arabia - Mohammed bin Salman to Newcastle even the right people at the right time.

According to the plan, after the buyout Newcastle for 300 million pounds, Public Investment Fund of Saudi Arabia Prince Mohammed bin Salman that direct funding, will continue to cover 300 million pounds in 2020. The money markets this summer can help field team St. James Park owns a half dozen stars, even where there are transfer "blockbuster".

Interval of 2 to 3 seasons that UEFA intends to suspend financial Fairness Act is probably sufficient to Newcastle "dragon" success. Prince Mohammed bin Salman promises to throw billions of pounds into Newcastle, help this team to upgrade the squad in the transfer window 4 or 6.

And then, "Injecting Choe" Northeast may have become a powerful force of the Premiership, Chelsea or Manchester City to the way to succeed.